A Wonderful Piece of Art 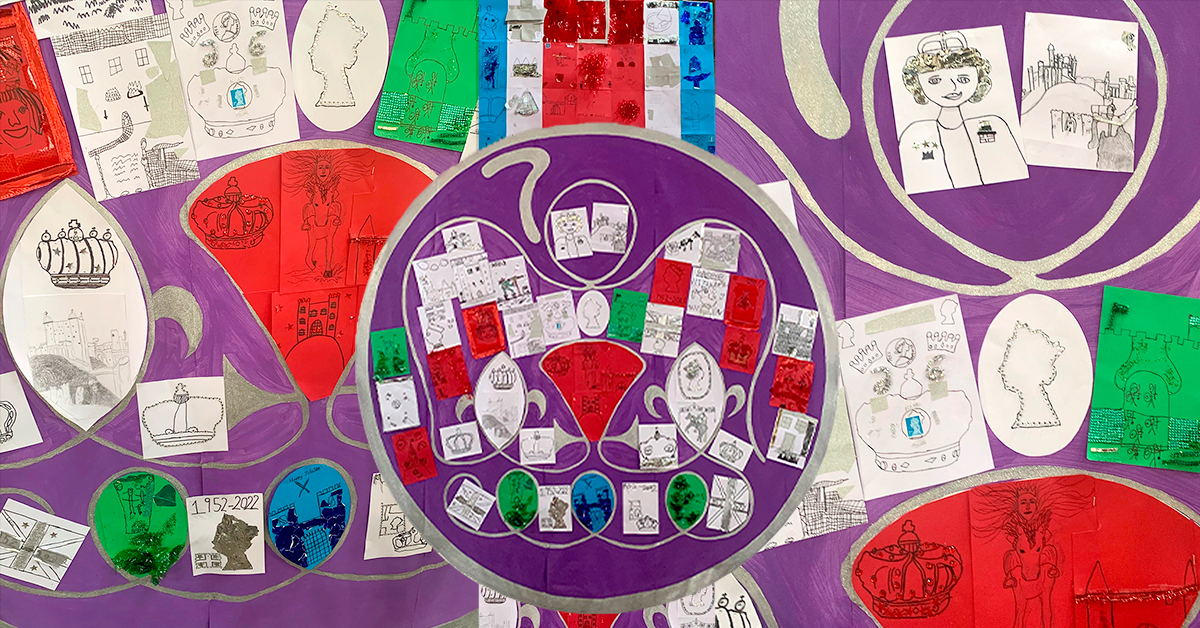 The Jubilee has allowed Devizes to show its creativity, history and spirit. St Mary’s was no exception. St Mary’s is showing it has the potential to be an arts and community hub within Devizes. What better step than to have an exhibit made entirely by people within our community?

Children from Wansdyke, Southbroom, and Trinity schools celebrated the Queen’s Platinum Jubilee by working with renowned local artist, Joanna May and historian, David Evans over the Jubilee period.

The parish of St John with St Mary in Devizes has partnered with Joanna and historian, David Evans, to put on an exhibition entitled ‘Majesty’. The exhibition hit an unfortunate bump as Joanna contracted COVID, however a fantastic group of volunteers re-imagined her idea and used the children’s artwork to make a wonderful display.

The creative process behind the  artwork

Upon walking into St Mary’s, the volunteers were incredibly friendly and while looking at the piece I spoke to Shirley Urwin and Sophie Marshall about the creative process. The children from the schools had a workshop learning about Devizes and its links to the monarchy.

All together it was a wonderful piece of art and a greater symbol for the future St Mary’s has ahead of it. This collaboration with local schools and local experts shows how suitable it is as a creative space and how it perfectly connects art and community. Especially after seeing some of the artwork from the school children, I can imagine we’ll be seeing some more exhibits from them soon.

Meredith is our enthusiastic new volunteer who has a background in performing arts, having studied LAMDA with Bright Lights Drama school. We warmly welcome her to our team and look forward to hearing from here again in future - Welcome Meredith!