Past Events at St. Mary Devizes 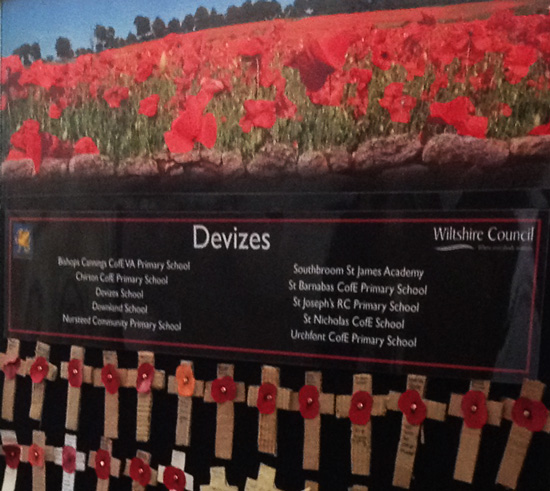 What is the Remembrance Wall?

The ‘wall’ is a display of 10,000 crosses on panels which commemorate each of the soldiers from the county who lost their lives during the World War I, and was the main focus at the First World War Commemoration event at Tidworth Military Cemetery on July 30th.

We are proud to have been invited to host the Remembrance Wall during September and early October. This exhibition to the fallen of World War I is made up of thousands of crosses and displayed on panels. A moving tribute to their memory.

The crosses were made by thousands of school children across the county with each soldier’s background meticulously researched by the pupils.

“The Wall of Remembrance is an extremely poignant reminder of how many people sacrificed their life during the First World War. I think it’s important that as many people as possible across the county will have the opportunity to see the display and pay their respects. "I would also like to thank the schoolchildren again for all their hard work in helping us put the wall together.”